You are here: Home1 / Stories from pilgrims

Paul Spierings set out for a Walk of Wisdom with his partner Alberthe. He sent us some wonderful pictures of the first half.

Johann van Rossum walked the Walk of Wisdom with his loyal dog Goof. Goof gently bites Johann in his hand when he is in danger of getting into a stress situation and wakes him up in case of a nightmare.

“First I had postponed the Walk because of the Four Days Marches (‘Vierdaagse’), then there was the processionary caterpillar, then a period of just rain (no fun to crawl into your tent with a wet-raining dog) and then now the second summer period with incomprehensible August temperatures. What the heck! I just go.

I went to Santiago de Compostela earlier this year with Goof. We have experienced quite a bit there together, which is why I reallywanted to walk the Walk of Wisdom. Trying to make up for the missed 80 kilometers of the Camino Primitivo. At the beginning of May Goof and I were attacked six kilometers outside of Lugo by two fighting dogs.

The Dogo Argentinos paralyzed my dog. I carried him six kilometers back to a vet in Lugo. Thanks to another pilgrim, a Finnish physiotherapist, serious and permanent damage was prevented. I sometimes still dream of the two large white dogs that attacked us.

On Thursday, August 22, I parked my car for the Walk of Wisdom in Lent at café Waalzicht on the northern side of the Waal. There it is parked safe and free. The parking rates in Nijmegen have acquired metropolitan allures! Going into the ‘Stevenkerk’ with my luggage sherpa and dog is an adventure in itself. Berg en Dal lives up to its name. What a hassle with the luggage cart on that route. Going to Kranenburg (Germany) I did that very late in the evening. Cafehaus Niederrhein is open very late to pick up my bird ring.

I mainly walked very early in the morning (5 a.m. to 10 a.m.) and late in the day (6 p.m. to 10 p.m.). Walked a few times at night. You occasionally miss a few addresses to pick up the bird rings, but Jan Heijmans made up for that in the ‘Stevenskerk’. Five days on the road, five enjoyable days.

And Goof … he was happy that he could lie down again on the cold floor in the hallway at home. He is very proud of his pilgrim lace with the rings of Berg en Dal, Kranenburg, Gennep, Mook and Middelaar, Heumen, Grave, Oss, Wijchen, Druten, Beuningen and Nijmegen. We have been on the road enough this year; it is also good to be at home. “

Johann has written a book about walking with an assistance dog. Camino Primitivo con perro appears mid-October. (In Dutch and German) http://johannvanrossum.nl/stories.htm

It’s a wrap. Just at the last moment of the new year. What a nice trip. The last monument on the dike, the ‘temple of the goddess’/ tempel van de riviergodin. And that summarizes how I feel. Goddess of the land of Waal, Maas, streams and forests. And goddess touched by the light of each and every season, because it took over a year to recover and rehabilitate from a major foot injury. Grateful for encounters with people, owls, hares, pheasants, herons, buzzards, mice and my loyal dog who certainly played more than half of it. Nice retrospect so impressive 2018. Rian Boons.

Photographer Ricardo Hernandez went for a Walk of Wisdom in september 2018. All his pictures: Ricardoclicks.com 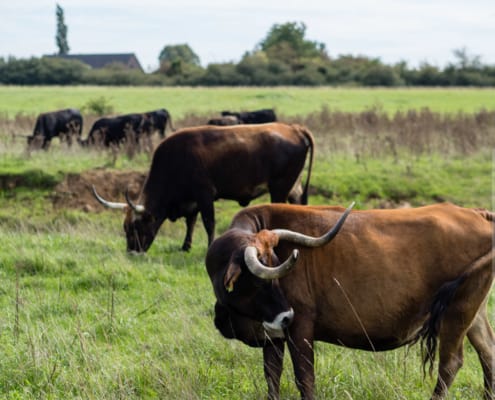 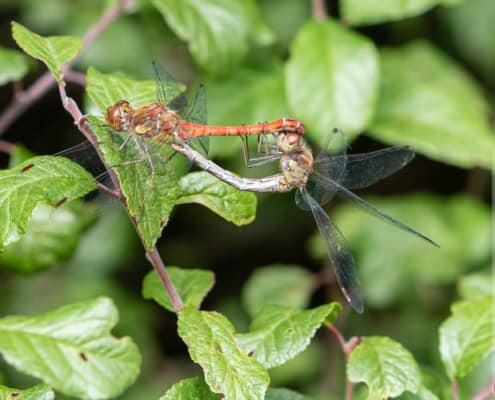 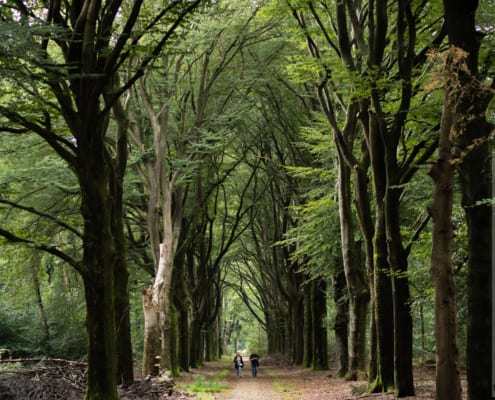 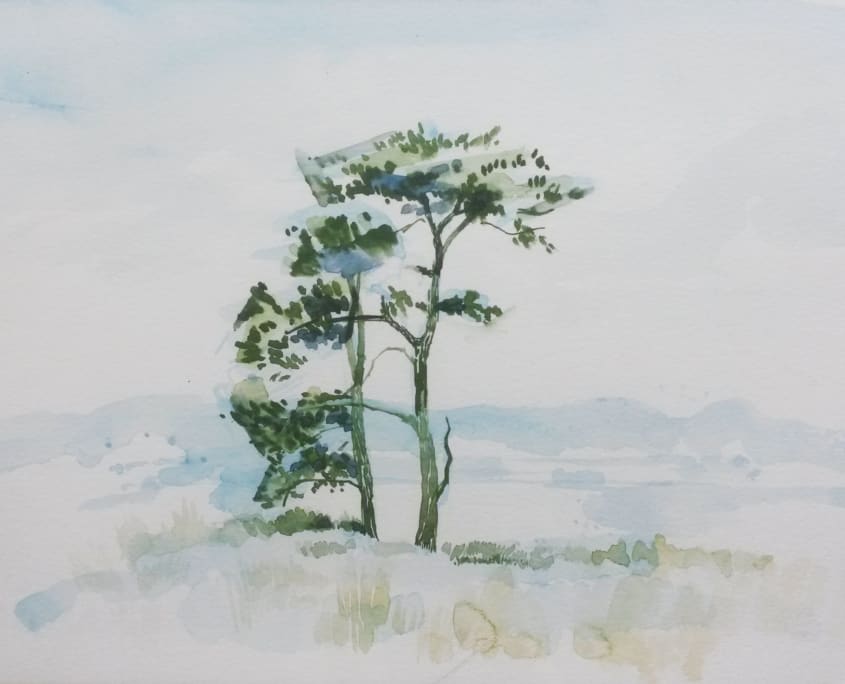 One of our loyal musicians at goodbye ceremonies Mark Schilders stayed for two days on the pilgrimage and made this aquarel.